Is this your restaurant? Click to add your description here. 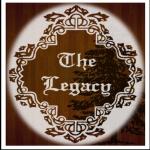 03/12/2016 - Barbara Barritt
I ordered my steak medium and it came medium rare so wasn't able to eat it. I also had the scallops and paid extra to have them cooked seared with garlic rather than deep-fried with a batter on them. They came close to being raw not much color on either side of them floating in some sort of liquid that really didn't taste much different than water. The only good part of the meal was the salad bar. Before we left I showed our waitress mistake and she agreed that it was medium rare not medium. She was very nice and offered to take it back to have it cooked more but I just wanted to go home.

07/29/2015 - Colleen
7/29/15 This was one of the worst experiences we have ever had. Was served spoils food (fish) after I had only taken 1 bite and had my husband take bite to make sure it wasn't just me. Did not touch another thing on my plate. When the waitress came back to see how things were we told her that the fish was bad. She offered to bring something else but to be honest at that point I was finished. She took the fish back to the kitchen to return a short while later to tell us she was unable to take the one bad meal off of our check. Again apologizing but couldn't do anything because the owner/cook wouldn't let her. OH did I mention she (the owner/cook) never came out to the table. We were with another couple for a birthday celebration. So then to top it off when we were paying for our non discounted meal rotten food. (At the bar) because that's were you have to. The bartender makes a rude remark about not leaving enough of a tip. We left cash on the table our waitress was great, just needs a new employer. One last thing if you still think you want to eat there, before you pick up you fork. Check out the dirty condiment caddy on the tables (#7 gross) what should that tell you about the kitchen!!!

02/12/2014 - Debbie
We went on Saturday night. The food was good, salad bar was excellent. We brought a birthday coupon and another $off coupon for our group. The server was very nice and attentive, but didn't hover. Was very pleased with our entire evening. Would go there again in a heart beat.

06/08/2013 - Offended
Hostess from HELL... The hubby & I had a Deal Chicken coupon for the The Legacy Supper Club. The restaurant was very cozy and clean. The bartender was well dressed and polite. Our waitress (Sara) was wonderful. The meal was great. So far... 4 1/2 stars. THEN we met TANYA (hostess). She was RUDE. She snapped at us by loudly stating that he should have given the coupon to our waitress and it would be a bit because she'd have to adjust our bill. She scolded us outloud. I asked her name... she hesitated, rolled her eyes and said "TANYA". I politely commented that that's really not professional... again another rude comment "well it says it right on the coupon". WOW! I informed the barteder on my way out... We were insulted, offended and ready to report this to the Fox Cities Magzine, Deal Chicken, and the BBB.

04/08/2013 - BridesMom
We had a large group 40+ people. From the first time we went in to make the arrangements to the night of rehearsal dinner (Thursday), we had wonderful service. From them writing a menu "just for our group" NOT ONE PERSON wasn't happy and full when we left. They let us pick what all was on the salad bar, and the soup we wanted!!
If we ever host another large group sit down dinner (and drinks) we WILL be back.
Kudo's to Legacy for the service, price and all the help planning.

10/24/2012 - Joann
We ate at the legacy supper club and had a great meal.we had a coupon for my birthday for $10.00 off.the salad bar was amazing fresh and full. The waitress was very good. The food was hot and fresh and a good value.we were greeted my the owner Mary she was very pleasant to talk to .thank you for the coupon,we will be back again soon.great job Legacy

05/25/2012 - Jamie
For a restaurant that never seems to be crowded when I drive by, you would certainly think that they would have been extremely excited to host my group of 25+ when I called. When I called to give advance notice of our arrival, I was met by a crabby lady who seemed more concerned with the fact that a group of 35 prior to us had eaten all their chicken. I thought to myself, isn't that the purpose of a restaurant? To sell out of food, hopefully? I told her that was ok, that I was sure not all of us would be ordering chicken anyway. She snapped at me, we are known for our chicken dinners on Sunday. I said, ok, but confirmed again that I was sure we wouldn't all be ordering chicken anyway. She told me that she could run to another supplier to get more chicken. I said, OK (still wondering why she was so concerned with us and chicken?), that she could take her time...we would get there, eat salad bar, chat amongst ourselves and do whatever to pass the time that she needed to get prepared, not a problem at all. My group consisted of family and friends from all over the country so we were content just being together. Wouldn't you think they would be happy to receive us? Apparently not...of the two waitresses for our table, one was pleasant, the other rude and snide. We brushed it off assuming she may have felt a bit overwhelmed with our group size and, again, we were just happy to be together (keep in mind, there were two other tables in the entire place with people at them...total of maybe 10 people other than us). Turns out, the entire dinner, they paid little attention to us and when they did, it wasn't nice at all. Including handing us the bills for dinner (we split into 4 groups, BUT they tacked on their 18% gratuity so they should have been happy). One couple at our dinner ordered the steak (yes, it wasn't the chicken!) and it was awful. Sent it back and it came back to cook more and it came back worse then it went in. The waitress snapped and agreed to take it off their bill...HOWEVER, because salad bar was included with the steak and they had a plate, they were now charged the $10.95 cost of the salad bar??? When they questioned this at the bar when paying, they were ATTACKED by the manager and waitress. The rude lady went off about us eating all their chicken (not quite sure what the deal with chicken was but OMG, enough already) and told us that we should have been happy with the steak. When we commented that we weren't likely to be back any time soon, she commented, and I quote, "we don't need your business anyway." I have never been so insulted in my life. If you could have seen this woman making a scene in the bar amongst all her apparent "regular" customers (who were not eating, by the way; should have been our first clue), I just shook my head and walked out. Unbelievable. I will shout it from the mountain tops to everyone I know NEVER to patronize that dump again. On top of all of it...the food was less than fantastic and we would have been better off at McDonald's, as she hinted to our group anyway. Guessing we spent in the range of $700 on our group PLUS that 18% gratutity for the less than stellar service. I'm sure McDonald's would have been glad to serve us. NEVER again...

02/20/2012 - new customer
first time there, food was just ok, had the ribs and scallops. Hashbrowns were way over done. To much sauce on the ribs for me, not my first choice in the valley to go back to.

10/23/2011 - Tracey and Aaron
Took my family here to celebrate my Mom's Birthday. We had a table of 8 and the service was very poor as our waitress was very unattentive and was no where to be found when we needed something. Has 3 children with us if which 2 ordered a burger off the kids menu. These boys are big eaters but barely touched their plates because they said their burgers were bad. We tried them and agreed. Went up to the manager to politely tell her and she went off in us and told us we must be used to eating at McDonalds. Never was treated so rudely or belittled by a manager before and she made a specual point to cone back out of the kitchen ti call us cheap for using theur coupons...unbeluevably rude and tasteless to say the least. Will never go back obviously after being personally attacked by a manager just for commenting on our meal.

08/02/2011 - Lori Walter
Had my parents 50th Anniversary party in July 2011. The food was wonderful, the staff was incredible. We had 46 people in attendance and all of our guests were very impressed with The Legacy. The manager Mary was so nice to work with in planning the party. She offered many good suggestions that helped me plan the party. I highly recommend this restaurant.

05/02/2011 - Ann and Jerry
Have been going there for 5 years and have never had a bad meal. We take our out of town friends there and they also enjoy the food and service. We use the coupons, enjoy the decorating for each season, good drinks and have fun with the friendly staff.

03/06/2011 - Sandy Boyer
Went to The Legacy Supper Club for a friends birthday. 16 of us seated at our table 35 minutes later than the reservations were made for. Not one of us received the correct item we ordered and I myself didn't receive my meal at all. I was told the chef missed my order. So while everyone else was eating, I got to watch. Also, our bill came 13 cents away from being able to use our $5 off of a $30 purchase and they still wouldn't honor it. I'll never set foot in the place again.

01/14/2011 - judy
thank you very much for the birthday coupon. it was very good food and service .wil go back. thank you

01/01/2011 - Amy Jo
Excellent meal on New Year's Eve. Restaurant was busy, but with professional, well-trained staff, our meal and service was superb. Thank you!

12/15/2010 - susan
had Avery nice dinner. food was great ,service was good place was very clean and well decorated. would go back

07/13/2010 - dudleyfudp
Worst place to eat in the Appleton area. 5 people, mixed up orders, 1/2 the food was O.K. the rest sucked. I had a coupon for 1/2 priced dinner on your birthday, would not take credit card. Had to show picture identification with proof of birthday, 68Th. The only reason I would go back because with coupons I know they don't make much on the dinners and I drink water. I always watch for their coupon.

06/06/2010 - chad blair
we had a very nice visit at the Legacy supper club last nite. we had great food ,excellent service and a great salad bar. the owners are very pleasant people to talk to. every thing was great. can't wait to go back

Love love love everything about this place!... read more

Food (fish and shrimp) were fabulous and owners very customer friendly. Our first time here, but it wont be the last.... read more

Oops, we can't find your location

First, try refreshing the page and clicking Current Location again. Make sure you click Allow or Grant Permissions if your browser asks for your location.